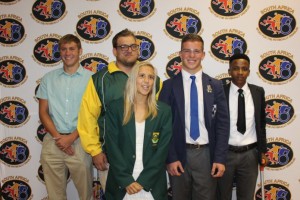 The Free State Sports Association for the Physically Disabled and Visually Impaired is hosting the national championships for the third time in Bloemfontein from 28 March to 3 April 2018.

As many as 790 athletes, 350 coaches, managers, care givers and helpers will be involved to make this 5-day sporting event possible. Bloemfontein will be packed with spectators from all over the country coming to support this prestigious event and encourage the very talented physically disabled and visually impaired athletes.

According to Jan Wahl, chairperson of the FSSAPD, ‘’Spectators can expect an enjoyable and spectacular opening ceremony on the evening of 30 March. It will definitely be something not to be missed. This year the FSSAPD will be presenting 7 sporting codes, para athletics, para cycling, boccia, judo for the blind, para powerlifting, goalball for the blind and CP football. There will also be four international teams that will take part in the national championship, namely Kenya, Namibia, Mauritius and Botswana.

Bloemfontein can be ready for few action-packed days on the sporting field. Spectators will be left in awe of how incredible the disabled are and that nothing is holding them back to reach their dreams.

Rufus Botha, the coach of the long-distance world champion record holder, Louzanne Coetzee, said there is extra hard word and time going into the preparation for this championship. Coetzee said: ‘’I am always excited and looking forward to run times that will count as world record times. Challenging and testing myself is the thing I am looking forward to the most.’’

A special word of thanks to Bloemfontein Courant for this article.

Get information by opening the following links:

All CSA Members registered in the Free State
Please remember the Provincial Champs this weekend.  You need to go to www.onlineentry.co.za to enter. 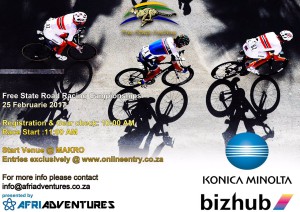 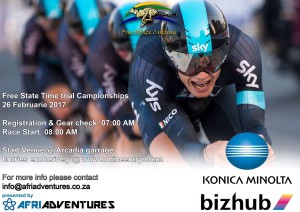 entry forms will be made next week , I’ll try and post it on the web page 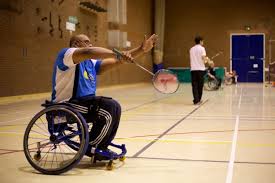 Following the launch of a successful inaugural edition last year, Hollywood star and bodybuilding legend Arnold Schwarzenegger will be back in South Africa in 2017, as his globally successful Arnold Classic series returns to Johannesburg between 5-7 May.

Increasing the number of codes on the schedule to more than 50 at this year’s multi-sport festival, and with last year’s participants looking for more space to expand their programmes during the second edition of the event at Sandton Convention Centre, organisers of the Arnold Classic Africa are aiming for a bigger and better spectacle.

The event will also hold another health and fitness expo, which last year hosted 200 exhibitors.

“Last year we were really pleased with the response and the turnout, and this year we want to make sure every visitor to our event has more to do and more to see,” said Arnold Classic Africa partner Wayne Price.

“After attracting world-renowned stars to compete in 2016, we are aiming to do the same once again, and the additional sports are expected to attract more athletes and spectators.

“With just 100 days to go, the excitement is building fast and we are eager to host another spectacular showpiece.”

One of the world’s most inclusive and popular sports festivals, the Arnold Classic was founded 30 years ago by Schwarzenegger, a former Mr Universe and seven-time Mr Olympia, when he launched the inaugural event in Columbus, Ohio.

Having since expanded to six continents, the franchise has become one of the fastest growing multi-sport series around the globe.

The African leg made a significant impact from the start, and in October last year the Arnold Classic Africa won the accolade for Best Domestic Event Contribution to Tourism Growth at the Events Tourism Exchange Awards.

The 2017 Arnold Classic Africa will again be held in partnership with the Gauteng provincial government and the SA Sports Confederation and Olympic Committee (Sascoc).

“”We are pleased to once again play a role in such a popular event, which helps us to meet our objectives in bringing people together and promoting health and fitness,” said Faith Mazibuko, the Gauteng MEC for Sports, Arts and Culture.

“After seeing the success the Arnold Classic Africa enjoyed last year, we are confident it will once again be enjoyed by thousands of people in our province, across the country and around the world.”

For information on tickets for the second edition of the Arnold Classic Africa, visit www.arnoldclassicafrica.com

This release was distributed on behalf of Arnold Classic SA.  For further information and / or interview possibilities, please contact Bronwyn Roets on 082 906 0019.

Attached four (4) documents concerning the AFS Senior, U/20 and U/18 Open Track and Field Championship.

The Championship is only for Senior, U/20 and U/18 athletes.

Please keep to the target dates, no late entries will be accepted.

Complete the entry form according to the rules, incomplete     entries will be rejected.

No entries will be accepted on the day of the competition.

How to complete entry form for AFS Champ 2017

Today, we are pleased to make you aware of a fundraising campaign that is going to be run through much of this week (29 November to 3 December) by the Agitos Foundation in support of bringing Para sport opportunities to refugees. We would be really grateful if you can find ways through your institutional and personal networks to lend publicity and support to this campaign.

Please find updated event list with qualifying standards and new SA Records.  These standards will be used to select the provincial teams to participate at the 2017 SASAPD national athletics champs in PE.